As a ghost hunter and ghost extractor, I get a lot of reports about haunted sites and occasionally a powerful poltergeist who causes havoc.  I was unprepared, however, for this incident which would frighten not only myself and my brother, but my two daughters and the Gladstone Police as well! 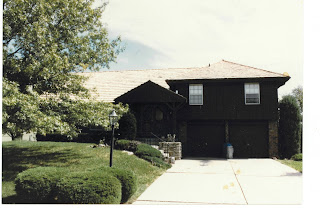 I was staying in my parents home temporarily after moving back to the Kansas City area from Seattle, Washington.  My parents were out of town for the weekend leaving me and my two young daughters and my brother in the house. It was a Saturday night and we were all headed to bed when I heard a loud knocking on the wall outside my bedroom.  I opened the door to see who might be knocking, but there was no one around.  I yelled "Very Funny," to my brother's closed bedroom door down the hall, and retuned to my room.  As soon as I closed the door I again heard loud knocking, and ran to the door very quickly this time, but found no one in the hallway.  Now I was mad, and yelled for my brother to come outside of his room, which he did.  He thought I was the one making the noise, and I thought it was he.  So we stood in the hall for a few minutes, when suddenly the loud banging started up again, and seemed to move around inside the walls and ceiling, getting louder and louder.

My children ran outside of their room, having been awakened by the loud noises.  I put them in my bedroom and we went to investigate to see if there might be some rational explanation for this strange phenomenon.  My brother and I searched everywhere but could find nothing.  As we stood in the lower level entrance-way the hall chandelier began to turn off and on.  The loud banging in the walls began to move down to the lower level and then seemed to come from everywhere in the house.

Suspecting that someone must be playing a practical joke on us or a burglar was in the house, I called the police, and two male officers arrived in about 15 minutes.  Both officers saw the light going off and on and heard the now deafening sounds.  One officer went to the basement to check the electrical panel and to see if there was indeed someone else in the house, and the other officer backed away and said he'd check the perimeter.  I could see that they were both hesitant and somewhat unnerved by the situation- which was completely understandable!  The second officer refused to step foot back in the house.

The police could find no evidence of a break-in, and no malfunction of the electrical panel.  They asked if we had a problem with ghosts in the house, which we had not experienced at that location in the 15 years my parents lived there.  After 30 minutes of searching around the police left, and shortly thereafter all of the banging stopped and the light quit going off and on by itself.  When my parents arrived the next day we reported the prior evening events to them, which they found hard to believe. My stepfather checked the plumbing and electrical, the garage door, doors and windows, and could find nothing out of the ordinary.

On the following day I was headed for work when something pushed me from behind as I walked down the stairs.  I put my hand out to stop my fall and sliced it on the edge of one of the mirrored tiles on the wall, which required five stitches and caused me to miss work for a week.  I was a cake decorator for Bob's IGA grocery store at the time and needed to use my hand when using the icing bag. I knew something pushed me but no one believed it at the time.

On Tuesday, while taking a nap in the middle of the day I felt a tug on my blanket.  I sat up and looked around, but there was no one there.  No one should have been in the house at the time as everyone was at work or school.  I lay back down and the entire blanket was yanked off of me completely and thrown on the floor.  I jumped out of bed and searched the room and under the bed but found nothing.  At first I thought it must be someone playing a joke, but realized that this must be poltergeist activity.  As I walked towards the door to open it and get out of the room I heard a loud scratching noise behind the dresser.  I watched in horror as a very large 6" long beetle-type insect came out from behind the mirror.  I attempted to smash it, but it went back behind the mirror.

I then ran out of the room and downstairs where I waited until everyone returned home from work to relate the story of the day's events.  My stepfather investigated the room, pulled the dresser out from the wall, but found no beetle.  I then entered the room and searched everywhere but found nothing.  Needless to say, I did not sleep in that room again and moved out shortly after.  I believe that that beetle was not a real beetle at all -- we just don't have anything that size in this area.  It was likely a supernatural creation.

After I moved out nothing strange happened to anyone else in that house, yet I continued to experience strange activity in every house I've lived in.  This is what happens when a person is haunted, rather than a house.  As I've gotten older I've learned how to deal with negative energies and they no longer bother me.

The Noland Road Lady in Gray

The Noland Road Lady in Gray
By Margie Kay


Location where she has been seen: N. Noland Road to S. Noland Rd and near the 23rd Street intersection in Independence, Missouri

I’d heard the stories for years—how the ghost of a woman walking on and near Noland Road had appeared and disappeared before many people’s eyes.  And how this lady with short gray hair frequented the area around the large Woodlawn Cemetery, and how she usually appeared after dark.  Some witnesses told me that she has a very white face and large eyes. 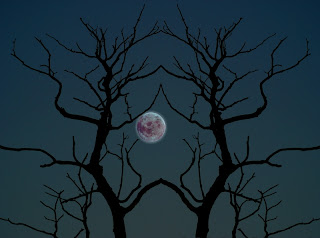 I thought this was just an urban legend until I saw the Noland Road Lady in Gray myself.  There she was, walking on 23rd Street headed East, just a few blocks from Noland Road on the South side of the street.  Dressed in a long grey skirt and blouse in tatters, the pale-faced woman was looking around as if searching for something.  I thought “that must be the Noland Road Grey Lady,” when suddenly, as I drove by right next to her
she disappeared into thin air.  My suspicion was confirmed.


I’d heard the stories for years—how the ghost of a woman walking on and near Noland Road had appeared and disappeared before many people’s eyes.  And how this lady with short gray hair frequented the area around the large Woodlawn Cemetery, and how she usually appeared after dark.  Some witnesses told me that she has a very white face and large eyes.


Rachel Timmons saw the lady one day as she drove South on Noland road past Woodlawn cemetery, then saw her again two miles further south.  Rachel was driving her car and the woman was on foot.  “There is no way that a person could outrun a car,” said Rachel. “I think this was definitely the famous Lady in Gray.”


-------------------------------
Margie Kay is the director of Quest Paranormal Investigation Group and author of Haunted Independence and Gateway to the Dead: A Ghost Hunter's Field Guide. See more info at www.margiekay.com.
Posted by Margie Kay at 9:45 AM No comments: Links to this post