As the days grow shorter and cooler, thoughts turn to all things fall and Halloween.

Offering nearly a dozen different tours around the state, Ghost Tours of Kansas offers several ghost tours in the Kansas City area including Lawrence, Shawnee, Leavenworth, and Kansas City, Kansas.
“There is so much haunted history in the area and we have collected some great stories,” said ghost tour guide Beth Kornegay.  “We hear about new stories and experiences year-round so no two tours are ever the same.  History is tied to many of those stories and we’ve done extensive research not only about the hauntings, but also the history that may have impacted the ghostly happenings.”

How they collect stories is something that truly sets Ghost Tours of Kansas apart from other ghost tour companies.  Anyone can google ‘Kansas City ghosts’ and read some stories or local legends about area ghosts, but owner Cathy Ramirez and her team collects stories from the actual people who have experienced hauntings or ghostly happenings.  Those stories are shared with tour guests during the bus ride to various haunted locations around each tour city. 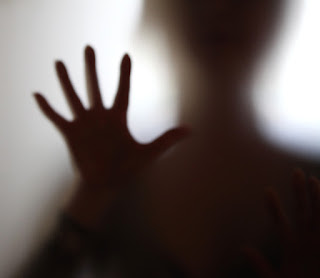 “We hear from business owners who have had experiences with the ghosts in their business,” Ramirez said.  “We don’t include individual homes on our tours, but we do talk to businesses who want to share their ghost happenings with us.”

Another differentiating factor of Ghost Tours of Kansas is that the company has paranormal investigators and local psychics who work with them to investigate several locations in each tour city.  The results of those investigations are shared during the tour.

Each tour lasts between 90 minutes to two hours and tour guests will get out in at least two locations to explore on their own or with one of the tour guides.  Each tour has at least one cemetery that has ghostly happenings that tour guests can explore on their own.  Guests are encouraged to take photos and see if anything unexpectedly shows up, which has happened on more than one occasion.

During a Shawnee tour last year, a tour guest took a photo and a ghostly green hand showed up in the photograph.  The photo was so clear that the folds of skin between the fingers can be seen.  It was as if someone was standing behind the person who took the picture and put their hand over her shoulder.  Another photo was taken a few years ago in a Lawrence cemetery during a tour and a full body apparition was caught by a photographer.  Those pictures, and other ghost photos captured on other tours, are shown during each ghost tour.

“We never tell people that they should believe in ghosts, we only tell the story and present the evidence that has been collected,” said Kornegay.  “We want each person to decide on their own, but people generally walk away as a believer.”

For a complete list of all tour locations, dates, and times, visitwww.ghosttoursofkansas.com or follow Ghost Tours of Kansas on Facebook.  Tickets must be purchased ahead of time and on-line at the website to ensure sufficient space is available on the bus.  Especially during October, tours tend to sell out quickly so early ticket purchase is encouraged.

Posted by Margie Kay at 8:49 AM No comments: